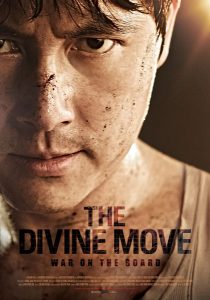 After Tae-seok, a professional Baduk player, loses his brother to an infamous underground gambler and is framed for the murder, he becomes consumed by revenge. Imprisoned for seven years, his rage builds alongside his desire to strengthen his skills and train in martial arts. When he is finally released, Tae-seok is ready to make “The Divine Move!” Infiltrating the inner circle of the gambling lair, he eliminates those who wronged him and his family with cunning skill. Don’t miss this brand new crime thriller that has been wowing audiences and breaking box office records across Asia!
0
FacebookTwitterPinterestWhatsappLINEEmail
vorherigen Post