Notice: Due to COVID, the entire event will take place online, via the VOD platform Shift72 on the website www.koreanfilmweek.net. Streaming the movies will be free of charge and accessible for viewers in Austria, Germany, Slovenia and Switzerland between 11 am and midnight.

You can access the films from December 10th on www.koreanfilmweek.net

The times are hard for everyone, now. For the past two years, humanity has been facing an invisible enemy that actively threatens the existence of both us and our loved ones, every day. Even though the world has been divided in the past by many things, this is an experience that we share, that connects us. One day, this will all become another story of yet another struggle. But while this struggle remains a story of present, we can still connect in a different way to liberate ourselves from the pain. Let’s watch stories together, and let’s connect through them – let’s find ways to smile together.

Korean Comedy: Films that achieve a unique balance between light-hearted, whimsical scenes and deeply emotional moments. Korean comedies tend to blend other genres into their storylines; one might even think there’s no limit to the sheer variety of genre mixes. Drama, Fantasy, Action, and, of course, Romance – everything’s possible and has probably been done many times before. For the most part, the humour isn’t about stupid one-liners or slapstick. The „Korean approach“ is subtle. The characters frequently find themselves in remarkably ridiculous situations and are left to deal with them. Korean comedy isn’t just hilarious and entertaining, the films also address meaningful topics and make you think.

All 4 films in the selection for this year’s Korean Film Week share a message of hope, beauty, and love for fellow humans that can be found in times of pain.

The Korean Film Week will be opened by Welcome to Dongmakgol (2005), debut film by Park Kwang-hyun, which became a commercial and critical success and was South Korea’s official entry for the Academy Awards in 2005. The film takes place in a remote mountain village in the middle of the Korean War and proceeds to break down any and all barriers of characters and sides involved, through laughter and tears.

The next film in the selection is the 7th highest grossing Korean film of all time, Miracle in Cell No. 7 (2013), a dramedy directed by Lee Hwan-kyung. The film is based on a real-life story of an intellectually disabled man, a single father, who is wrongfully imprisoned for murder, but then builds strong relationships with fellow inmates as he tries to reunite with his daughter.

One of the two newer films in the selection is I Can Speak (2017), directed by Kim Hyun-seok. The film starts off as a generational comedy, but finds it base in a story of a real-life person, activist Lee Yong-soo.

The final film in this year’s selection is Swing Kids (2018), directed by Kang Hyeong-cheol. This musical-based dramedy takes us to a prison camp during the Korean War, where a most unlikely combination of people form a dance ensemble of five, bridging their cultural differences and language barriers through the rhythms of tap dancing.

This is an overview of the feature films that will be shown at Korean Film Week 2021. Here you will find the most important information and a short description of the respective film.

The films will be shown in Korean with English subtitles.

During the Korean War, a U.S. pilot crash-lands his plane in a remote Korean area, close to the mountain village of Dongmakgol. As he gets nursed to health by the villagers who are blissfully unaware of the events ravaging the area, the village also becomes a refuge to a trio of North Korean soldiers who survived an ambush not far from the village. Soon, two more people arrive – and they are South Korean deserters, no less. The story ebbs and flows from laughter to tears, from glimpses of the conflict to the nonsense of it all, and from a dream-like existence to horrid reality, but with a firm purpose – to show us all the true meaning of protecting what is valuable in this world. Yong-gu (Ryu Seung-ryong) is an intellectually disabled single father who is forced to confess to a horrid crime he did not commit. He is sent to prison, where he saves the life of a gang leader – this leads to an unlikely friendship between a group of inmates, joining their forces to protect Yong-gu, prove his innocence and reunite him with his adorable little daughter. This universally acclaimed film is based on true events. Pro tip? Better have tissues at the ready for this one. Nah Ok-boon (Na Moon-hee) has been nicknamed as the “Goblin Granny” at her district office, where she is a regular, filling out citizen’s complaints left and right. She is fast to butt heads with the new office employee, Kim Min-jae (Lee Je-hoon) and their conflict would have continued ad infinitum, if Ok-boon did not find out that Min-jae spoke English fluently. The generational comedy duo takes the viewers for a ride that only takes a sharper turn when we learn just why Nah Ok-boon is so motivated to learn English. Based on a true story.

In a prison camp, during the Korean War in the 1950’s, Sergeant Jackson (Jared Grimes) is ordered to create a dance group consisting of prisoners as a PR stunt to mitigate the reputation of the camp. Despite finding the mission impossible, he brings together an unlikely group of people: Kang Byun-sam (Oh Jung Se), who got stuck in the camp by accident, Yang Pal-lae (Park Hye-su), the only female dancer who becomes the translator of the group; a Chinese soldier Xiao Fang (Kim Min Ho), who lacks proper stamina, and as the main dancer, Jackson recruits Ro Ki-soo (Doh Kyung-soo), a war hero who is worshipped by his fellow North Korean comrades, but who finds himself drawn to the rhythm and movement despite it being of “enemy” origin. They dance. 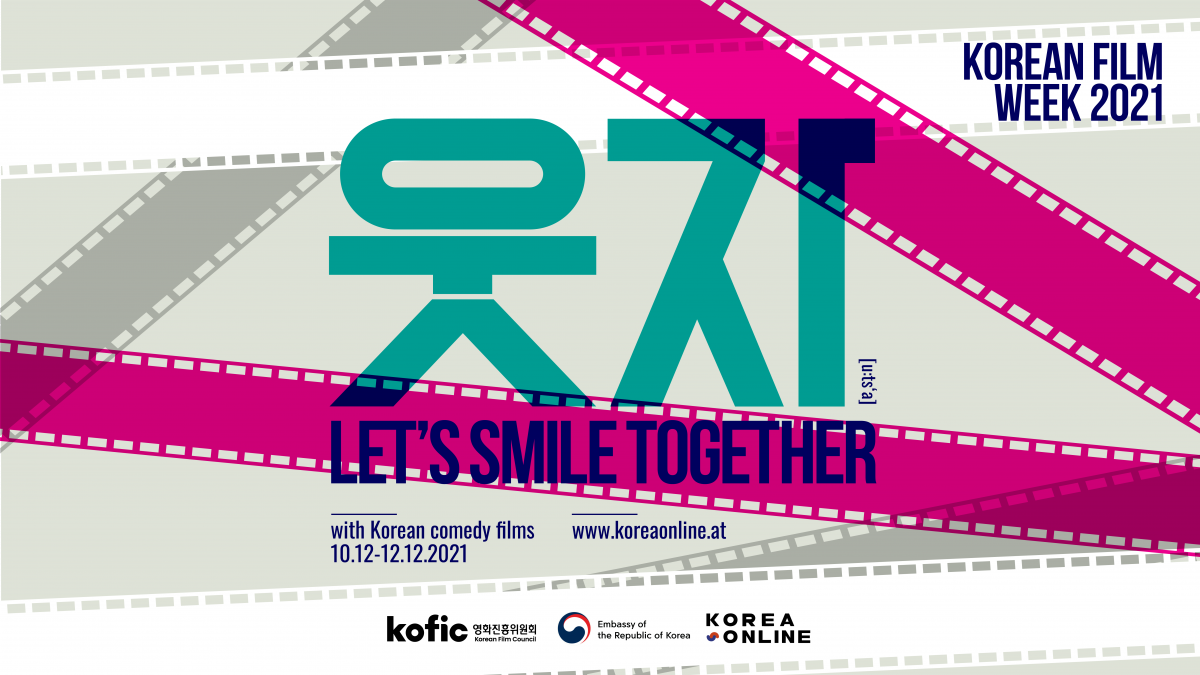