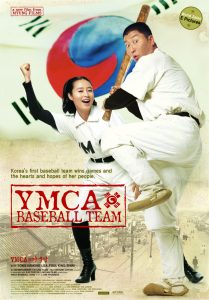 Like many of the best Korean films, YMCA Baseball Team blends and bends genre, defying easy categorization and labeling: a landmark of the sport movie genre and a comedy that effortlessly blends the slapstick, the social critique and the cleverly quirky, it also revisits early colonial history and turns the spotlight on the true story of the first Korean baseball team. In this tale of rivalry and resistance to colonial oppression, a scholar-gentleman’s son refuses to follow the path his father has set for him and devotes himself to the foreign sport. Awkward team-building (in class-ridden early 20th century Korea), friendships and maybe a touch of romance await as the rookie Korean sluggers and pitchers prepare for the ultimate game against the Japanese military team. Oh, and it’s also the occasion to appreciate the finest of the finest Korean actors and see what they were like 18 years ago… Song Kang-ho, Hwang Jung-min, Kim Hye-soo and the late Kim Joo-hyuk lead the team: A different league indeed.