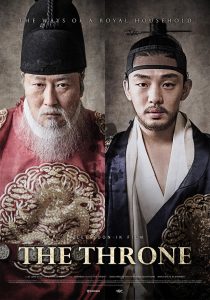 In the year of 1762, when King Yeongjo of the Joseon dynasty’s been ruling for 35 years already, Crown prince Sado is accused of plotting treason by his biological mother lady Yi. Yeongjo falls into a dilemma since he could not penalize his own son as a traitor as it would mean that he would become the father of a traitor threatening his throne, and ends up ordering Sado to take his own life. As Sado’s lieges oppose Yeongjo’s decision by putting their own lives at risk, Yeongjo locks Sado in a wooden rice chest. Locked up without being given a single drop of water, Sado is also deprived from succeeding the throne, having his son take his place as an heir. On the 8th day inside the chest, Sado faces death. The movie follows the most tragic and iconic 8 days in the history of Joseon Dynasty disclosing what forced a father to kill his own son.