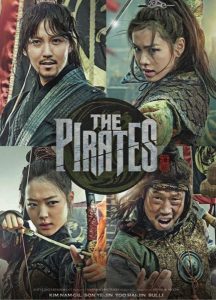 A legend has been whispered of for ten years – one of a ghost whale that attacked a ship and swallowed the great seal of the Joseon Dynasty. This epic comedy adventure, based on the loss of the great seal (which wasn’t found until 1403), has a group of bandits, pirates, and heads of state, driven by honor, ambition, thrill, and greed to find the seal at all costs. Facing off against evil buccaneers, corrupt government officials, and their own ranks, there is no telling who will track down the ghost whale, recover the great seal, and save the day! Filled with incredible action, sexy romance, and hilarious characters – THE PIRATES is one of Korea’s biggest box office hits of 2014!