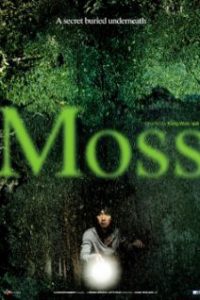 Moss is a psychological mystery thriller adapted from YOON Tae-ho’s WEBTOON of the same, and directed by Korea’s leading blockbuster filmmaker of the 1990’s and 2000’s, KANG Woo-Suk (Two Cops, Public Enemy, Silmido). In a small rural village, the god-like Ryu Mok-hyeong (HEO Jun-ho) is trying to forge a haven for those wishing to be reborn and live untouched by the world’s evil. Flash forward to Mok-Hyeong’s good-for-nothing son Ryu Hae-Guk (PARK Hae-Il, War of the Arrows) arriving for Mok-Hyeong’s funeral and who, in attempting to settle his father’s estate, discovers a web of interconnected secrets and lies and abuse of power that may ultimately point to murder. Note: English-language version of Moss WEBTOON has debuted on Huffington Post’s Spottoon on August 3rd (http://www.huffingtonpost.com/SPOTTOON/story_b_7838418.html?utm_hp_ref=entertainment&ir=Entertainment).