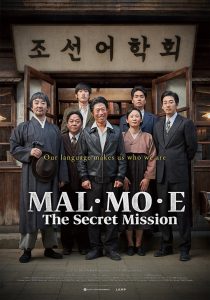 Imprisoned several times during the 1940s, when Korea was under Japanese occupation, Kim Pan-Soo is illiterate and does not know how to read or write Korean or any other language. The teaching of Korean in the schools is banned by the Imperial government. He meets a representative of the Korean Language Society and join forces to publish a dictionary of the Korean language.