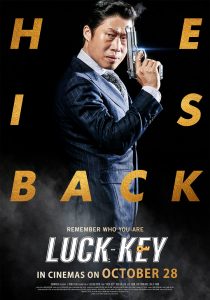 Hyung-wook, an infamous assassin known for his perfection, he slips on soap at a public sauna and passes out. Jae-sung, a not famous unknown actor who’s hit rock bottom, witnesses the accident and switches his locker key with Hyung-wook’s. Jae-sung opens the locker to find the key to a fancy car which leads him to a luxurious condo along with the full wealth and secrets of a successful hit man. On the other hand, Hyung-wook wakes up with amnesia. And the only clue he has for his identity are the outstanding payment bills. With the help of a paramedic, he finds his (actually Jae-sung’s) place discovering that he’s a totally broke nameless actor. While Hyung-wook struggles to remember, he tries to ‘continue’ his life as an actor. And by irony of fate, with the help of real-life action moves that his body is used to, he soon becomes the new action hero on TV. And with the continuous shooting of the action sequences, his memory starts to return.