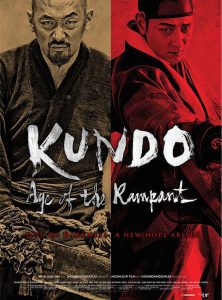 In 1859, The Joseon Dynasty era is plagued with natural disasters, poverty, and death. The rich nobles only care about their own wealth and will stop at nothing to keep the poor held down under their tyrannical rule. Life is an utter nightmare, and the people need a savior. Then, like a light pouring through the darkness, “Kundo” appears! A courageous shadow organization dedicated to protecting the weak and taking back the nation soon begins making a bold change. And as the ranks of Kundo continue to expand, the corrupt nobility realizes that their rule is at an end. It is now… The Age of the Rampant!