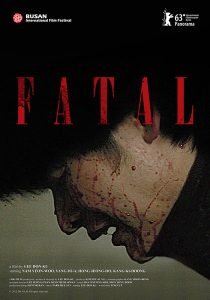 A young woman, Jang-mi, has been drugged and raped by a gang of high schoolers. 10 years later, one of the assailants, Sung-gong (NAM Yeon-woo), encounters Jang-mi, who doesn’t recognize him anymore. It is apparent that the scars and wounds inflicted on Jang-mi have not fully healed. Guilt-stricken, Sung-gong enters Jang-mi’s life to seek private redemption. As the friendship between the two slowly develops, will Sung-gong reveals his true identity? Will he be able to find forgiveness? LEE Don-ku’s impressive directorial debut made with a shoe-string budget of USD 3,000, Fatal reflects on guilt and the lasting impact of a person’s action.