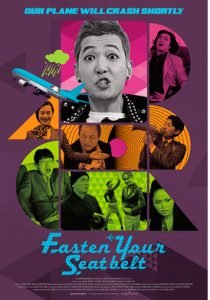 Korean Cultural Service NY is proud to present a special free screening of the hilarious 2013 film FASTEN YOUR SEATBELT. As HA Jung-woo’s acclaimed directorial debut, a pop star, businessman, monk, and paparazzi photographer are among the passengers aboard an airplane when a typhoon strikes. Whereas one might assume the film then becomes tragic, it’s quite the opposite – the film embraces the brilliant comedic misadventures of the passengers and crew! The plot was inspired by the real-life experience of Korean actor RYOO Seung-beom.