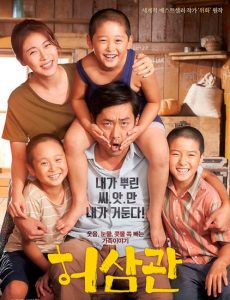 HA Jung-woo, one of Korea’s biggest stars, directs and acts in this understated period comedy-drama, based on the best-selling novel of the same title by the Chinese writer Yu Hua. Just after the Korean War, a factory worker (HA Jung-woo) falls for the most beautiful girl in his village (HA Ji-won). Penniless, he sells his blood to fund the courtship and before long they are married. Eleven years later, the couple have three sons and live a comfortable life. One day, their lives are upended when a blood test reveals that their eldest boy is not the worker’s son.