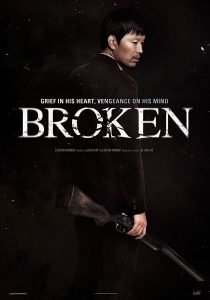 An adaptation of the Japanese novel The Hovering Blade by Keigo Higashino (Into the White Night), BROKEN is an emotional revenge thriller about a widowed father (JUNG Jae-young) who takes the law into his own hands, as he hunts down the fugitives who had raped and killed his daughter, while on the run from the cops. JUNG Jae-young (starring in CONFESSION OF MURDER, THE FATAL ENCOUNTER) gives a powerhouse performance as the father, making BROKEN unique among recent crop of Korean thrillers as “a gripping portrait of a father’s grief” (L.A. Times).