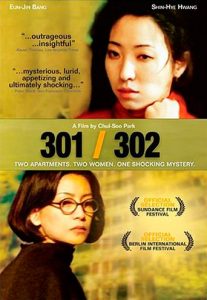 The powerful, boundary-pushing drama that put director Park Cheol Soo on the map, 301, 302 explores the stories of two neighboring women, one who suffers from binge-eating, and the other from anorexia. First at odds with each other, the two women realize that their struggles and dark pasts are not that different – and that their disorders may ultimately bring them together in a very unexpected way. Breaking free from traditional Korean storytelling, the film achieved massive success and became one of the first Korean movies released in North American cinemas.
0 FacebookTwitterPinterestWhatsappLINEEmail
vorherigen Post